If you want to get a tasty real world physical copy just for yourself, you can pre-order it here. 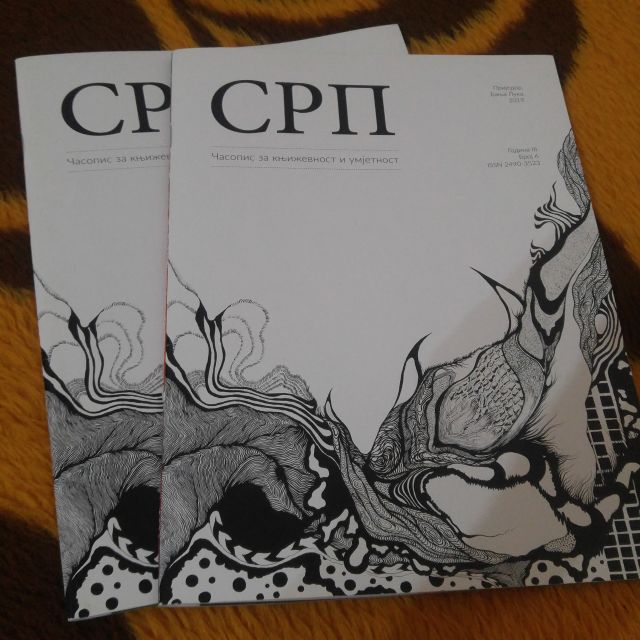 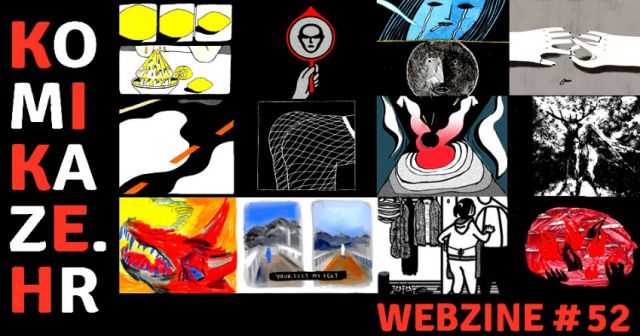 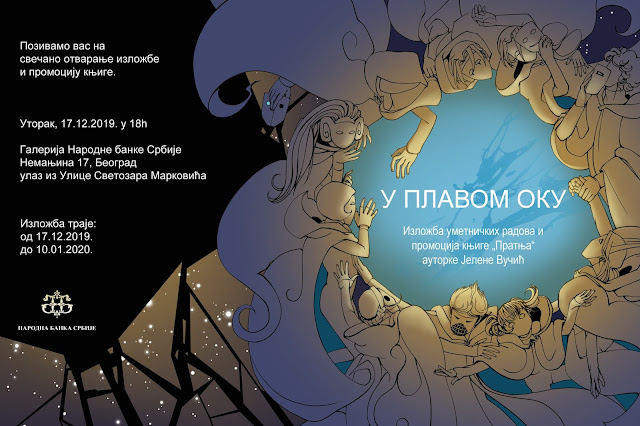 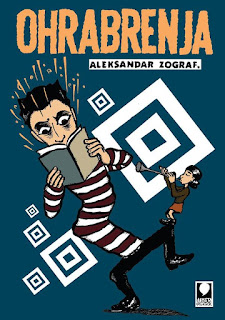 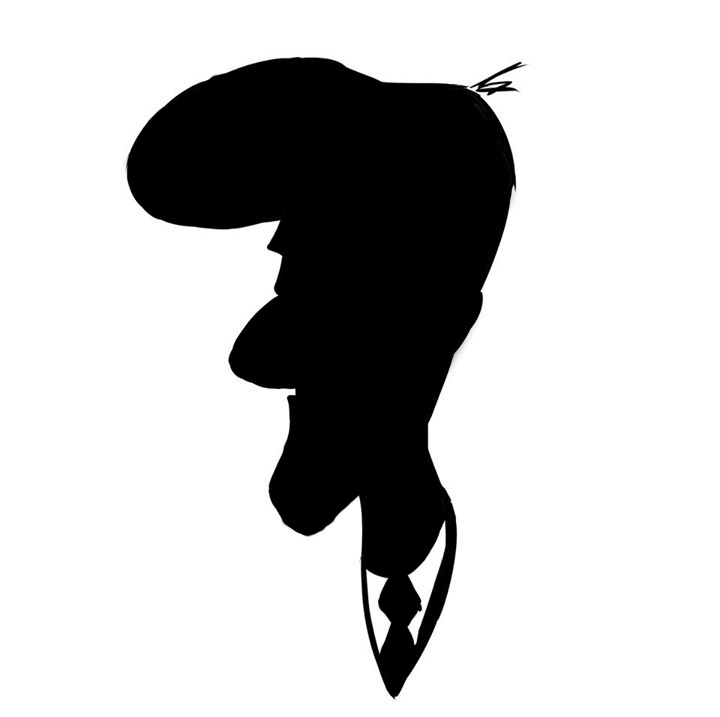 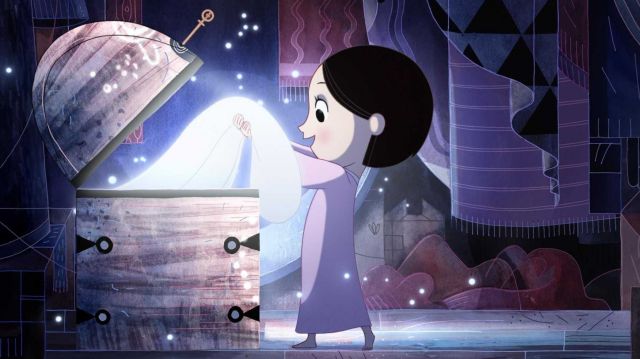 Song of the Sea
Q: How is it working in 2D animation at this day and age when usually 3d theatrical cartoons get more exposure?
For hand-drawn animation and we stayed our claim and said “If no one else is defending it, then we will. “ Obviously, there are two different styles in the film as well - the sort of „story world“ style, the cut-out style, that is also in 2D. It wasn't made in 3D, it was made with the software we tend to use more  for our broadcast shows, for our preschool shows. It's that but we hugely expanded. We could've made it physically, with real paper and so on, but we felt that, while we wanted to get across the naivety of the, sort of, child-like storytelling, we also wanted depth and we wanted light, and what that meant is  that we were needed to be able to look at new versions of things all the time and say „We want to see another version with more red, we want to see another version with more contrast, we want greater shadows here...“ We were pointing at every single thing, which is why I'm saying that I can't really sit in  the cinema and watch it anymore, because I'll go back into that. So that was an amazing process, the process of finishing that. The hard thing was, in the first act, the two different styles are purposefully at odds with each other, because we're depicting a lot of hardships, and poverty and war and oppression, so we need to, every five or ten minutes, go  „Hey, don't worry, here's a story...“ and just start showing this thing, but of course that distinction melts away in the third act and we have to try and make it possible. We have to bring the audience along and make sure we don't cut between those two and not make it feel as if we're entering in a whole other world.

The Breadwinner
Q: Do you work as team while making these decisions?
We actually have two distinct teams for those two different styles. The other style had a director, an assistant director, an animation director... There was so many people. My job was about planning how the whole thing could be made and then, with a massive team, hundreds of people, 3 different countries, just relentlessly, day by day, insisting that we stick to our plan. The best way I can describe it  is „No, no, no, we've trusted this process and we're gonna make it this way...“ My job is almost like – I'm very calm when other people are nervous and when other people are calm, I'm actually pretty nervous. (Laughs) Then you can tell something is gonna go wrong.

The Breadwinner
Q: Can you tell us something about Cartoon Saloon as a production studio?
Cartoon Saloon (CS) is in a small town, outside of Dublin in Ireland, called Kilkenny. It is a really small town. It has a population of something around 26 000 people. Really tiny, but really beautiful and a  historically rich place. CS is now around 100 people and the sister studio has roughly the same amount. I think what makes CS not just  a production company, if that's okay to say - of our 3 owners, two of them are film directors. Nora Twomey owns the company, Tomm Moore, who made Secret of Kels and Song of the Sea, and is making Wolfwalkers now, he is another co-owner of the studio. The studio exists because they are determined to get to make their own features and they don't really care about anything else. And we do service projects, we do things like that, but we do them to pay the bills. That's why CS exists, is to make things like that, not doesn't exist to turn some profit. 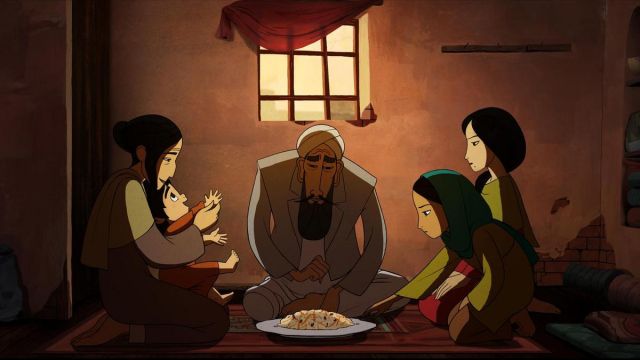 The Breadwinner
After this short discussion, David Kecojević asked a few questions of his own.
DK: First of all, welcome to Belgrade. I hope you'll have a good time. Two years later, thank you for this film and, personally, this should've won the Academy awards last year, but when compared to other features, the most fascinating thing about this film is the story itself, when it comes to taking it audience seriously, in this case children. Was this the most difficult project to acquire funding for, when compared to your earlier films?
First of all, those are very kind words, thank you so much. It was the most complicated one. If you see the list of founders, they are  different individual foundations and producers we've gotten on board. When  Angelina Jolie came in as an executive producer, she said  that her organisation would pay for it and if they were to make any  profit they would be putting it back into girl schools in Afghanistan. The fact that she was behind the film changed things a lot. Other thing that made it not as difficult as you think is that it is easier to have an existing property and say „Look, this has sold well.“ The company who first optioned the book, Elevation Pictures, is from Canada and the author of the book – Deborah Ellis is also Canadian, and that book is really huge for young adults in Canada, so it had a huge name recognition. Do, in theory it does sound that it's much easier to fund other features with fantasy elements, like Secret of the Kels, but there's a lot to be said about an existing property with name recognition and a big name like Angelina Jolie behind you, but ultimately it was a complicated process.
DK: And the distribution deal, I presume it had a limited release in US?
Yes. It was in a few cinemas, mostly art-house cinemas, in somewhere around 20 states. 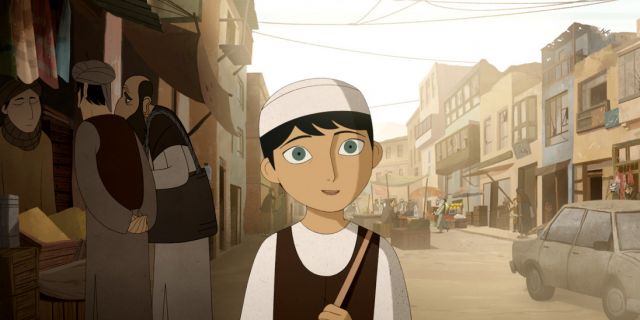 The Breadwinner
DK: We live in an age in which animation is created as safely as possible for a broader audience. So it's good to see children be challenged with themes and issues like this.
You imagine children are going to have a really hard time with it, but actually, generally speaking, children are kind of okay. Adults watch and see Parvana as somebody who has to be protected and they see her at risk all the time. Kids see themselves as her and kind go with her on this journey. I think it would've been a very different film if it were just the things that happen to her. It's not just the things that happened to her, that happened to the family , they also take control of their lives in whatever small way  they can. And I think children aren't necessarily understanding that but they are kinda going with it. I find it difficult when people ask me „Should I show it to my kids?“ so I have to say „Let me tell you a few things first,  and you know you child better than I do“ and so on, but my personal opinion is that children somewhere around the age of  7 or 8 can handle it.

The Wolfwalkers (in development)
Q: Can you tell us something about your next project?
Wolfwalkers will be the third film in Tomm Moore's trilogy. I'm the assistant director on that one, so it's going to take 95% of my time. It's set in Kilkenny, the town in which our studio is located, in the 15's and 16's, when a English Lord - Oliver Cromwell, in the film called The Lord Protector, has taken over. That period coincides with the extinction of wolves in Ireland and it also happens that there's a myth in Kilkenny that is about werewolves, called The Werewolwes of Ossory. So the film is about wolves and were wolves, and the disappearance of wolves under the tyranny of a dictator. It sounds very heavy. It's a fantasy film, it's action packed and really fun. The current animatic we have is one of the most fun things that we've ever put together. 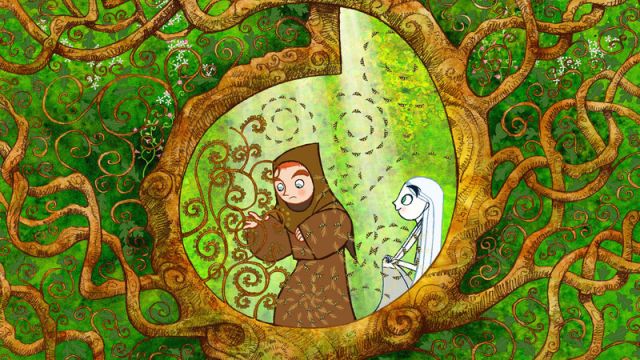 The Secret of Kells
Q: What kind of movies, animation and art in general have brought you to this calling?
It's funny. In college I studied animation, because I loved animation when I was a teenager, and I sort of look back to it and ask myself „Was it a good idea? I just did what my teenage self decided on what I should do.“ I was an animation fan in a sense that I loved Akira, Princess Mononoke... I really loved epic,   slightly more skewing toward adult animation. To be honest, I mostly watch live-action and I think in many way I think like a live-action director. I connect myself with it the most, but I have spent almost every day of the last ten years trying to make every animation we do the best it could possibly be and I'm obsessed with this sliver of 2d animation, this exact way of doing things and getting better at it. My job is a major part of my life and that's my job and that's where I am. 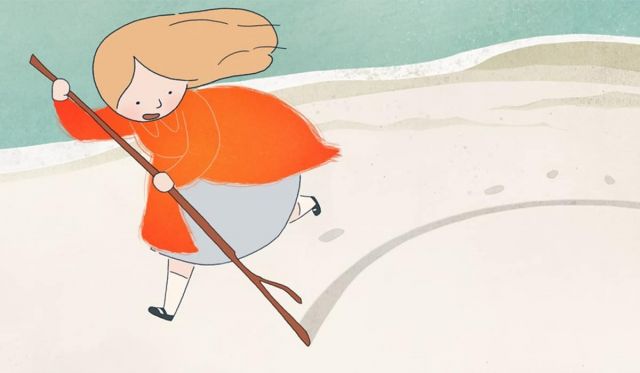 Late Afternoon
A woman from the crowd thank them in her's and her daughter's name for making these wonderful cartoons and her daughter said that she couldn't imagine herself in Parvana's shoes, but she still felt invested. Mark responded:
Well yeah, that's what we want. You can think about what the movie means to you, or how it felt later, but just in the moment we want you to identify with what's happening and go with it. That's what's important, yeah. Thank you, guys.

Somewhere Down the Line
DK: Was the film shown in Afghanistan?
Yeah, I believe it was translated into both local languages. I saw the trailer for it in dari a few months ago, and it actually screened on television there. I think that the most important group of people to see it are the people who could directly identify with it, and a lot of the Afghan diaspora, which is a lot in Canada, Southern Ireland, they've all felt very positive about it. I'll tell you one anecdote: I was at the premiere in Toronto a year and a half ago, and there was time for only one question. The person who put her hand up was an Afghan woman who, when she was eleven, had to cut her hair in order to go out and feed her family. Most of her family were killed, actually, and she managed to get a life in Canada, and she told us she got the ticket at the last second. And I swear, it looked like a plant. It looked like we had got her and she was an actress, who we hired and put her in there, but she absolutely wasn't. And just knowing that we didn't do anything far fetched, we did something people could identify with it. I would hope Afghans identify with it. I would hope people from Pakistan, people from the Indian sub-continent, I really hope people can see themselves reflected purposefully. 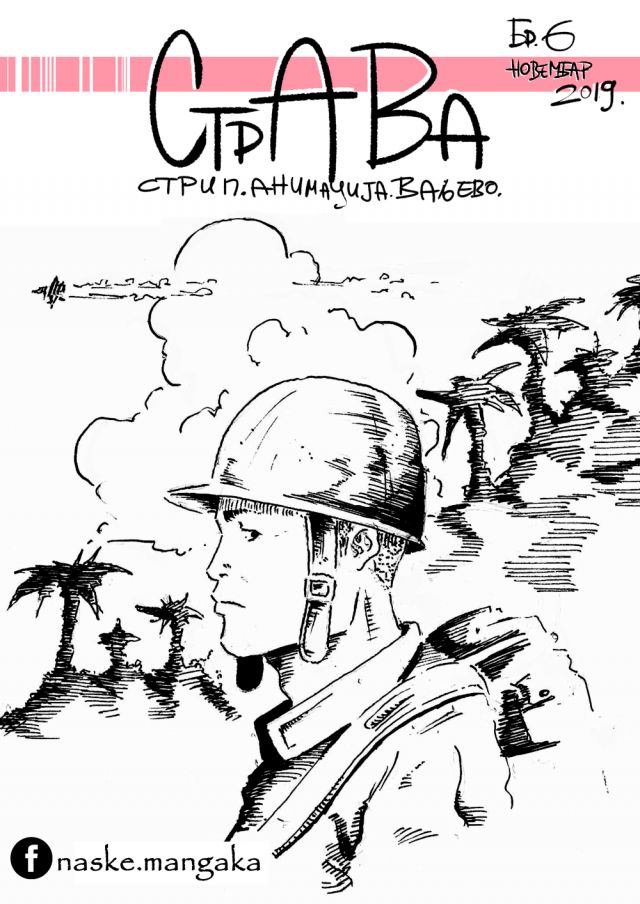 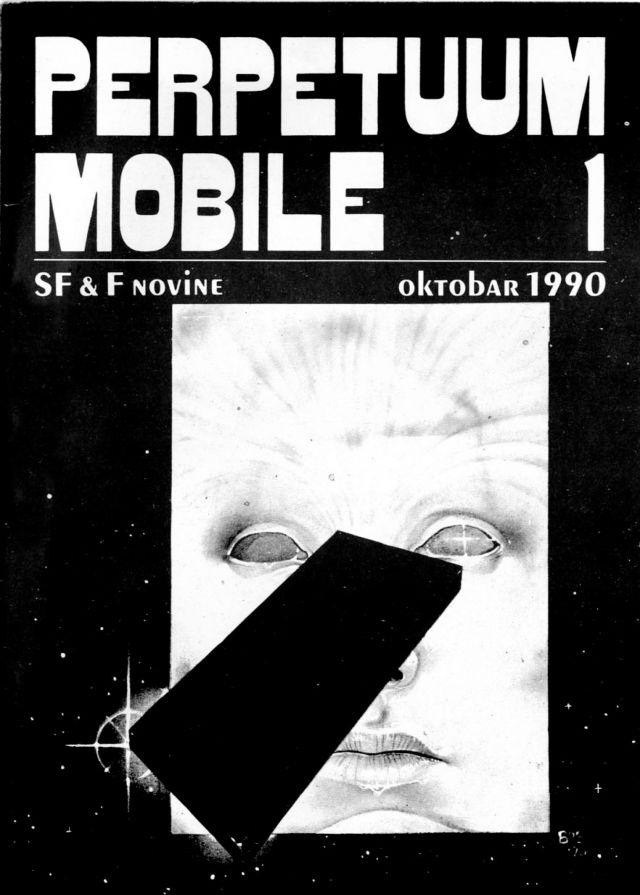 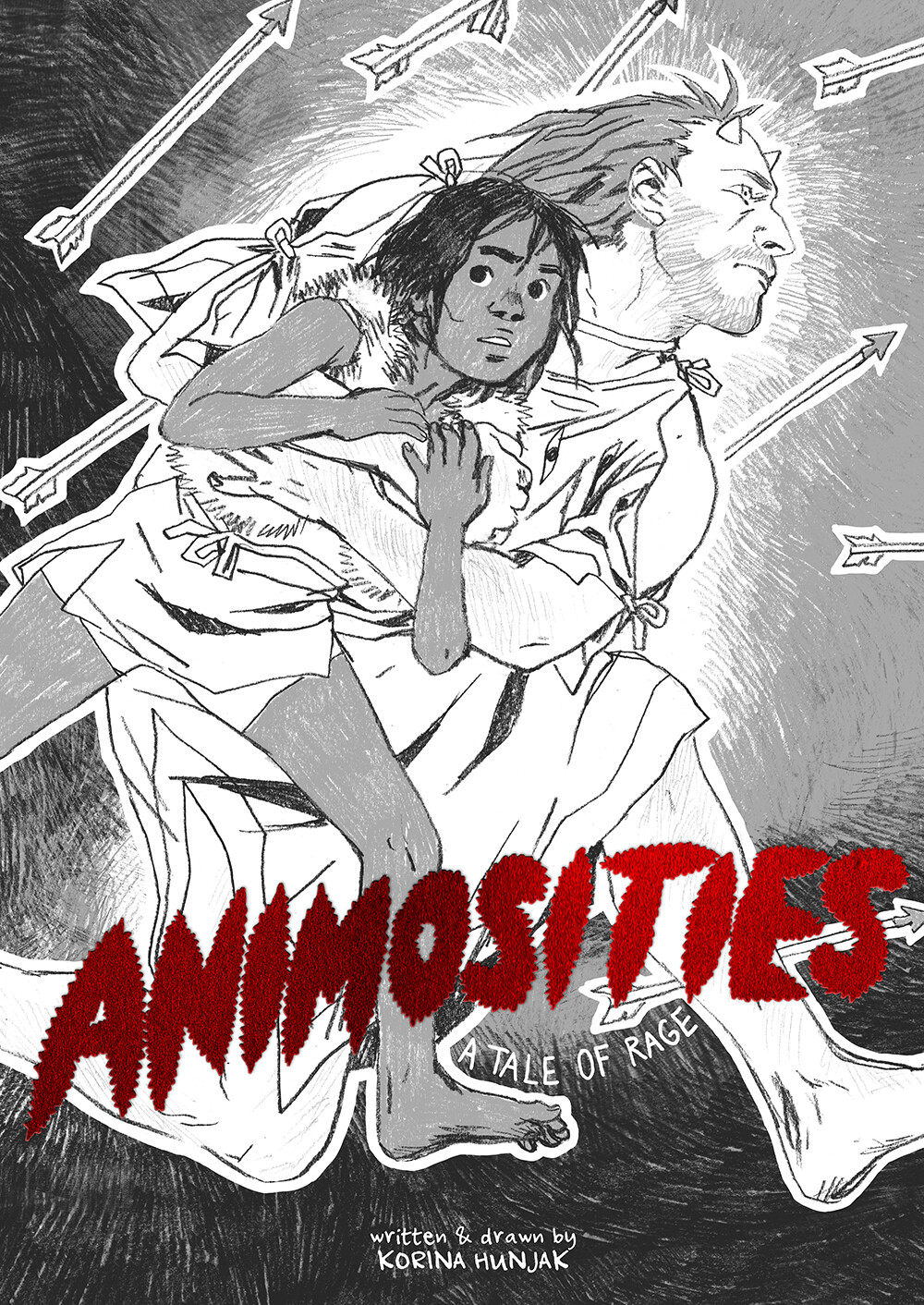 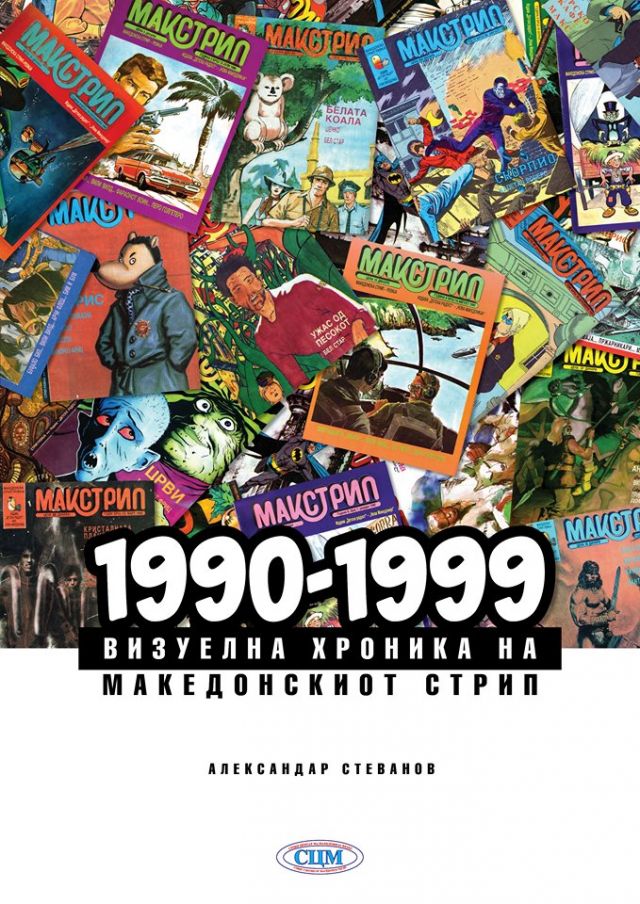 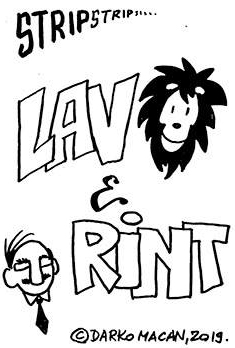 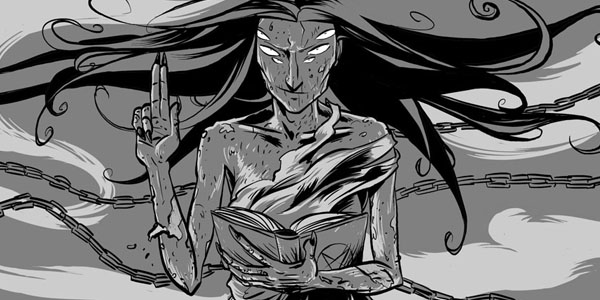 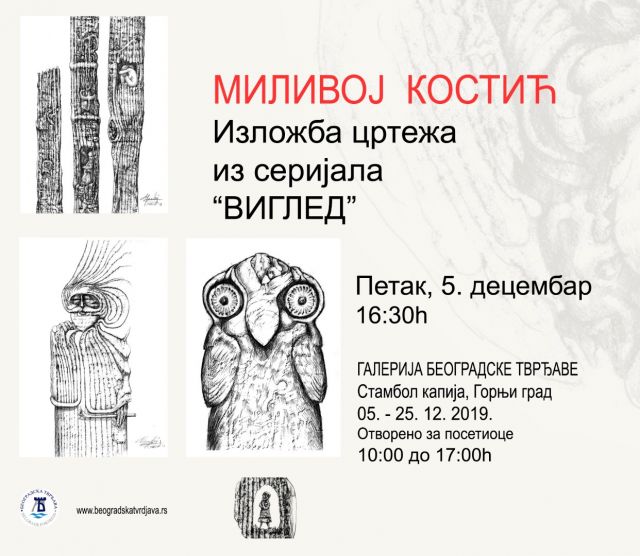 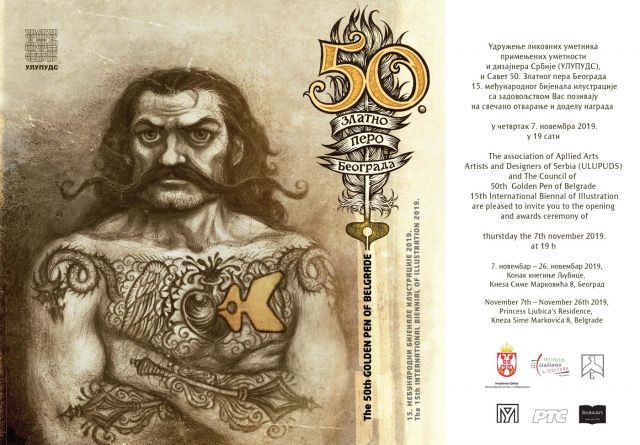 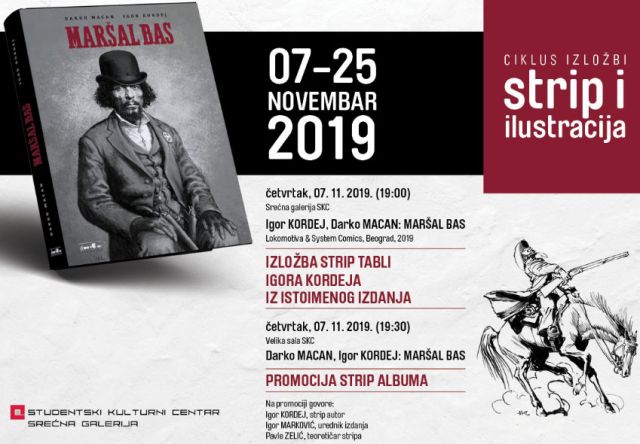 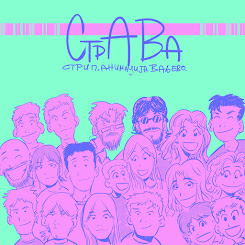 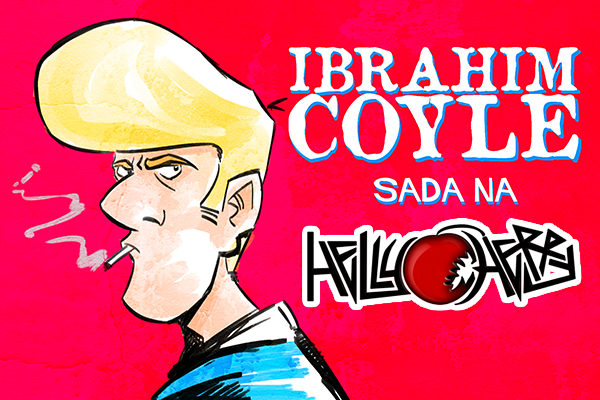 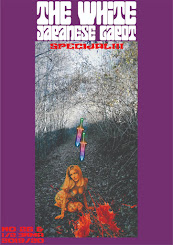 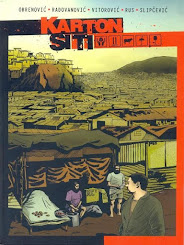